Video Games Are for Girls

Most kids play video games these days. But in 2015, when a then 12-year-old Maddie Messer was playing with her friends, she noticed something strange. Almost all the characters she played — the ones that were supposed to represent her in the game — were dudes. While she was outrunning zombie monkeys or dodging lasers with a well-timed jetpack jump, she was forced to adopt a male avatar. Even though there’s nothing intrinsically more difficult about designing and coding a female protagonist, it was rare that she had the option to play as one.

Her curiosity piqued, and sensing that something was inherently wrong in these virtual worlds, Maddie developed her own study. Her parents let her buy the top 50 game apps to see how widespread an issue this really was. Every day after school, Maddie would conduct her research, testing her theory game by game and recording her results, by hand, on a 5-page paper chart. 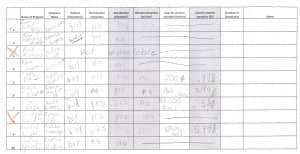 Depressingly, she found that 37 of the games offered default or free male characters. A handful had characters whose gender was not identifiable (i.e., vegetables or animals). But how many offered free female characters? Five. Just five measly games out of 50. Some games with male default characters did give the option of playing as a female, but they made you pay extra for it. Which, let’s be honest, is kinda even more insulting. She calculated that the average cost to play as a girl among these 50 games was $7.53. One Disney game even charged a whopping $30 to play as a female character and, as Maddie adorably put it, “A dollar’s worth one donut to me. Am I spending 30 donuts to get this girl character?”

We wholeheartedly agree — one donut, let alone 30 of them, is an outrageous surcharge simply to be able to run from relentless grizzly bears as a character with two X chromosomes.

Once Maddie confirmed her suspicions, she declared that this disparity was simply not okay. At her parents’ urging, she decided to write up her findings and try to get them published in a local paper. And wouldn’t you know it? A scrappy little publication called The Washington Post ran the Op-Ed entitled “I’m a 12-year-old girl. Why don’t the characters in my apps look like me?”

In it, she pointed out that the $7.53 average charge to play as girl is a lot in the world of apps. “After all, each of the apps I downloaded only cost an average of $0.26.” And she called out other baffling points, like the game in which you couldn’t play as a girl, but could play as… Santa Claus. All despite the fact that the audience for some of these games was majority female.

The response was instantaneous and overwhelming: A hundred blogs picked up the story, it spread on Twitter, and respected economists fiercely debated this double standard. And, most important, the game-makers listened. Many of them committed to making their female characters free, and one game, Noodles Now!, even introduced a new character modeled and named after Maddie herself! 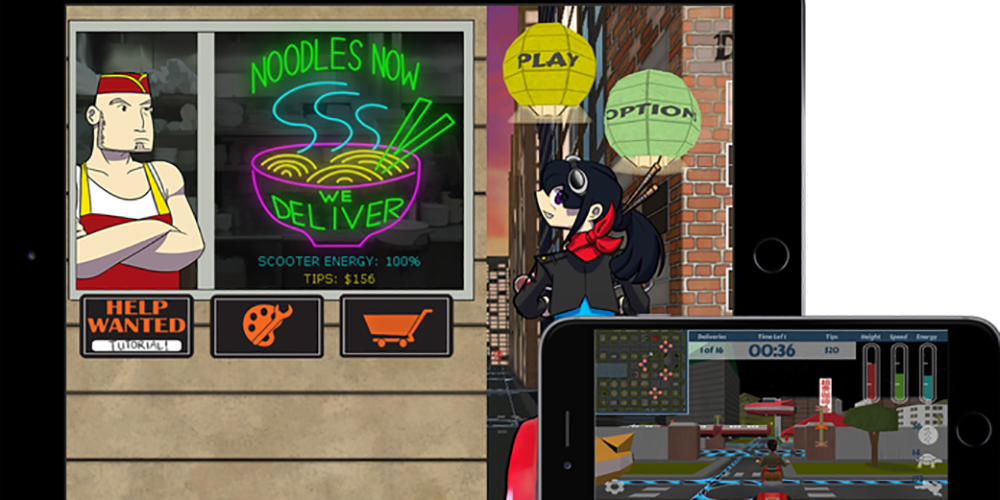 Fast-forward to 2022, and Maddie’s still at it. Her research methods, now a bit more rigorous, reveal that about 25% of video game characters are now female, up from 10% in her original research. Not perfect, but moving in the right direction. And while Maddie’s efforts have certainly had a dramatic effect, one issue that her more recent research has shined a light on is the lack of nonbinary and nongendered characters: just 6% in one study of diversity in games. Maddie sees this as the next frontier in the gaming industry.

So how was one precocious 12-year-old able to use the Challenger process so deftly to make game-makers change their game’s ways? Let’s take a cue from Maddie and break it down:

1. She started with a hunch

We often talk about the importance of insights, but there’s actually a lot of important work that happens before an insight is identified. Often it’s just the feeling that there’s got to be a better way. Maddie had an inkling that something wasn’t right, and she followed up on it.

Takeaway: You know your brands, and you know your market. Trust your gut when it comes to determining where to start looking more closely. It might be a suspicion you have about an overlooked audience. Or the feeling that your team is doing something just for the sake of doing it. It might be a question that no one has been able to give you a good answer to. In cases like those, do what Maddie did: Keep digging.

2. She did her research and sized up the opportunity

By expanding her sample size and investigating more thoroughly, Maddie was able to confirm that this wasn’t isolated to a single game — it was systemic to the entire video game industry. After confirming her hunch, she set out to truly understand the ins and outs of the problem — the variety (and lack thereof) of player offerings in video games, the severity of the imbalance, the different types of pricing structures, etc.

Takeaway: In our world, this is the hard work of research. It’s about turning those hunches into a concrete understanding of the situation that’s backed up by facts and supporting evidence. You might try to determine exactly how large that untapped audience is, or do surveys and interviews to see how strongly people are affected by an outdated process, or reach out to patients to see if they truly feel the way you suspect they might.

3. She created a tactical plan and deployed it

Ok, in Maddie’s case, it was fairly simple: An Op-Ed in a major national newspaper, followed by a rapid period of acquiring advocates who supported and amplified her message. And boy, was it effective.

Takeaway: How do you act on your newfound, research-proven insights? What are the best solutions to solve this problem that you’ve unearthed and confirmed? Find a way of reaching that forgotten audience, develop a new process that’s more efficient, try a tactic or medium that your competition hasn’t yet considered.

Several years later, by looking at updated video game stats, Maddie was able to confirm that her initial efforts had been successful, and, at the same time, she made a compelling case for continuing to invest in solving this problem.

Takeaway: Your work isn’t done once you’ve executed your plan and everything is in-market. That’s when it’s time to obsessively track your results and adapt based on your findings. That could mean killing an underperforming campaign, or boosting your ad spend behind a surprisingly successful tactic. Objectively measuring your efforts and adjusting accordingly is the key to long-term effectiveness.

Maddie’s story teaches us that operating with perceptiveness, analytical rigor, and a little bit of chutzpah can be a game changer for your brand marketing, and that may well signal GAME OVER for your competition.

At any given time, there are hundreds of actual sledgehammers floating around the Heartbeat office and resting on shelves in Heartbeaters’ homes. To celebrate their first year on the team, each HB’er receives their very own sledge — a nod to our daily pursuit of tearing down tiresome healthcare marketing. To determine what is built in its place, we often turn to outside industries, cultural forces, and personal experiences. We eagerly share them with one another, and now we’re sharing them with you. Clear the way — here comes The Sledgehammer.

Heartbeat is a member of Publicis Health. © 2023 Heartbeat. All Rights Reserved.
Personal information will be used in accordance with our Privacy Policy.