Rebuilding a Brand, Brick by Brick

Building a Challenger Brand is not for the faint of heart. There are no step-by-step guides, few examples to model after, and bold bravery is required.

LEGO knows this all too well.

Whereas its iconic block sets make it simple to get started (easy-to-follow instructions and inspiring picture on the box) and they stoke just the right amount of creativity, the company was constructed under much more frustrating, even inflammatory circumstances:

1924 🔥: Just as he was looking to expand, the shop and his attached house both caught fire and burned down. Determined to keep going, he rebuilt a larger shop.

1929 🔥: The Great Depression forced him to switch gears to more inexpensive goods like wooden toys. They didn’t sell well at first and he slid into bankruptcy. Eventually they gained a national following, thanks to his focus on quality and craftsmanship.

1942 🔥: Germany’s WWII occupation of Denmark turned violent; Christiansen’s shop was caught in conflict and burned down once again. When he rebuilt, he also had to consider new materials, thanks to war-related manufacturing equipment shortages, and he turned to… plastic.

1942-1960: Christiansen and his son, Godtfred, evolved the product that we know today as LEGOs: brick systems that can interlock with one another, creating endless combinations that form a “system of play.”

For the next forty years, LEGO continued to grow — improving their core product line, adding figures and theme sets, even building an airport and theme park in its small-town HQ. The company grew 8x in just 15 years! The toy world was their oyster. Until…

2003 🔥: The company found itself $600 million in debt. They were facing pressure for multiple reasons, including: 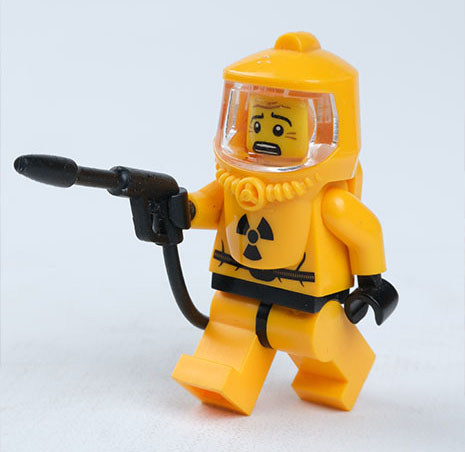 Facing insolvency, LEGO had to start behaving and rebuilding like a Challenger, once again, to stay intact. And rebuild they did — in 2020, LEGO was the top-ranked toy brand in the world, with a brand value of approximately $6.5 billion.

What lit the good  kind of 🔥fire🔥 under LEGO’s Challenger turnaround?

They re-centered around their brand foundation

LEGO’s positioning on “play” unites both their offerings (interchangeable, interlocking pieces) and their promise (joy of building, pride of creation). But they had lost sight of this positioning in their attempt to keep up with other toy brands and trends. It was only once they reoriented themselves around this North Star that they began to regain traction:

They stopped putting all their audience bricks in one basket

Whereas sticking to their positioning was good for the brand, they needed to evolve their thinking elsewhere: their target audience.

Since its inception, LEGO intentionally focused on creating toys for children. Yet there was a growing faction of adults who loved LEGOs — even forming meetup groups around them. The company’s execs initially chose to ignore them. But after marketing and product design budgets were slashed during the downturn, they decided to reopen their minds and arms to this adult audience, dubbed AFOLs (Adult Fans of LEGOs). It was a gamechanger for their brand:

They based future products on deep research & prototypes

LEGO has made a business out of building and rebuilding. Considering that the pandemic has blazed through many business strategies, many industries — especially pharma & healthcare — are now feeling the heat to rethink, and even rebuild, the way they operate. If you’re finding yourself amongst the ashes, then get inspired from LEGO’s mindset and ask yourself and your team these questions:

It’s time to pick up the pieces (because stepping on them really  hurts) and start rebuilding.