Going From Wurst to First 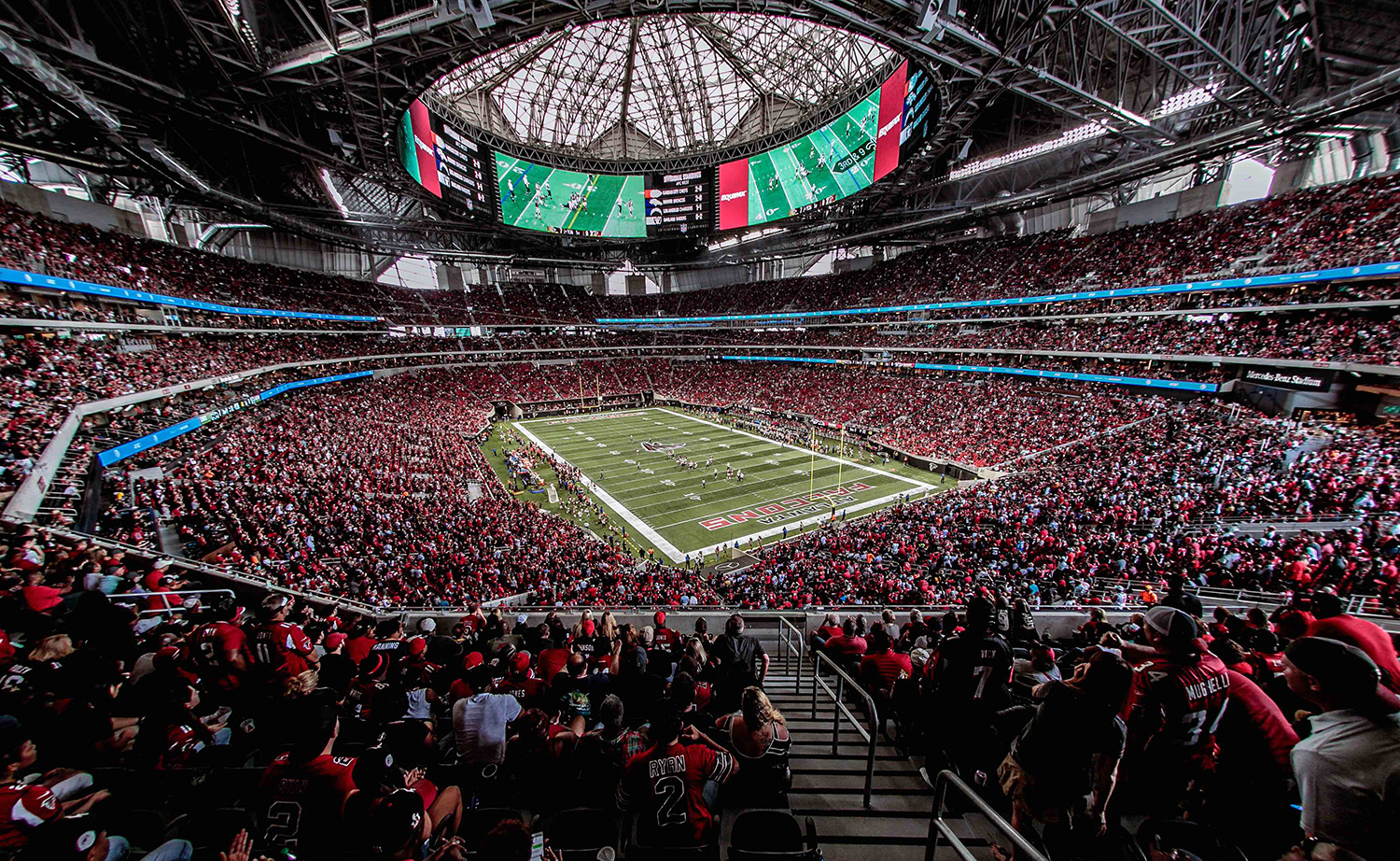 The first round of the NFL Draft begins next week, and the league’s 32 teams will be assembling rosters that presumably will play in front of actual fans come September.

What will that game-day experience entail? It’s hard to know for sure, but we can be fairly certain it will include some overpriced stadium food and drink. Like movie theaters, concerts, and other “captive audience” scenarios, concession stands at professional sporting events tend to offer subpar food with a side of sticker shock. Just get a load of the menu at the 2020 Super Bowl in Miami:

What causes prices to be so high? In basically every stadium in America, food sales are controlled by “concessionaires” like Sodexo, Aramark, and Compass. These companies bid on the exclusive right to manage all of the food sales in a stadium. They’ll pay tens of millions of dollars up front to an NFL franchise as well as a high percentage of all the food sales. To recoup all that money, these concessionaires typically buy the cheapest (and lowest-quality) food and then jack up the prices. And the team? They have hardly any involvement after the contract is signed and just cash a big check every month. If that isn’t an incentive to maintain the status quo, we don’t know what is.

Until a few years ago, the Atlanta Falcons were no different from any other team in this regard. Their prices were just as exorbitant, their fries were just as soggy, their beers were just as lukewarm. And fans, as you might imagine, were just as annoyed—the Falcons consistently ranked poorly within the league in terms of fan experience. And this was a real problem: HDTVs and comfy couches at home were proving to be alluring alternatives to schlepping to the stadium and shelling out big bucks for a subpar experience.

So the Falcons did something truly radical: they cut concession stand prices. Actually, it was more than a cut, it was a slashing: $5 for a Bud Light, $3 for fries, $2 for a hot dog or soda (with free refills!). 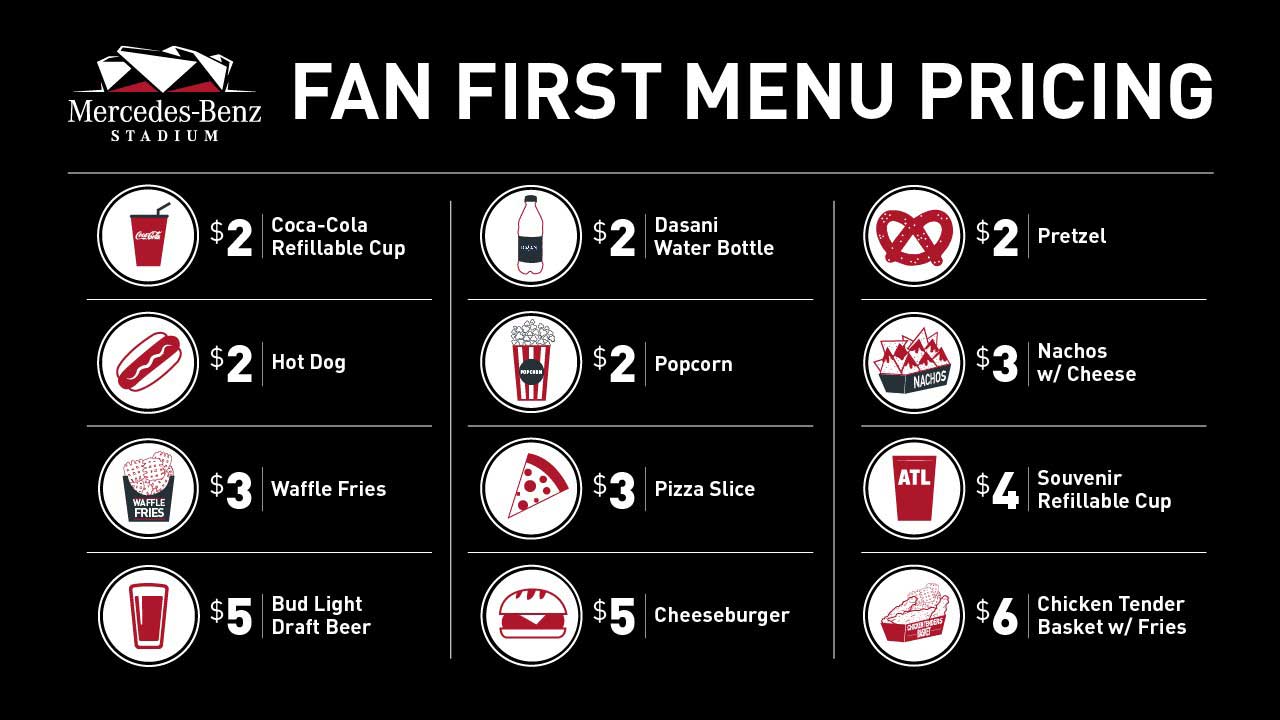 Yes, companies reduce prices all the time. But this was extra bold and spicy—not only would it cause the Falcons to miss out on tens of millions of dollars in revenue potential, but they also projected they would actually lose $4 million dollars. So why do it?

The Falcons were in the midst of building a brand new stadium and changing their ticket sales structure: fans were now being asked to invest in longer-term season passes vs. single game tickets. And who is most willing to shell out for a whole season? A devoted fan. A fan who comes to the stadium every weekend, giddy about the experience they’re about to have. A fan who feels valued and understood. The Falcons made a big bet that this improved fan experience was going to be better for both their short game (ticket sales) and long game (fan loyalty).

And that bet paid off. In the first year with the new prices:

Let’s break down how the Falcons, a nearly $3 billion football franchise, showed their Challenger spirit:

They did what others would not. Overpriced food at football games was hated, but it was also something fans had just grown to expect. It had become the norm. Sometimes it seems more urgent to change the things that your customers are actively asking for, but it’s often more delightful to change the disliked things that customers aren’t expecting. (The other NFL owners were pretty pissed at the Falcons for doing this, but many followed suit after they saw the results!)

They considered the entire ecosystem. The Falcons knew that lowering food prices couldn’t be the only change they made—yes, that singular act would be exciting, but it also had the power to create new issues through longer concession lines and wait times. So the Falcons added 600 more concession stands, installed self-service soda machines, and enacted cashless transactions to allow fans to get back to the game quickly.

They considered all customers’ wants. The Falcons didn’t put all their eggs into one fry basket and offer only traditional stadium food. They also catered to customers who craved a more elevated culinary experience by offering spendy food options from trendy Atlanta restaurants. And for the cost-conscious customer, this had the added bonus of making the traditional food seem like even more of a bargain.

They kept the feel-good moments flowing. The Falcons could’ve stopped there. They drastically improved their ratings, got tons of great press, and were even inspiring other teams to make the same change. But they kept going—after another year of finding more operational efficiencies, they lowered prices on top items by another 11%. And they kept the prices the same when they hosted the Super Bowl in 2019. 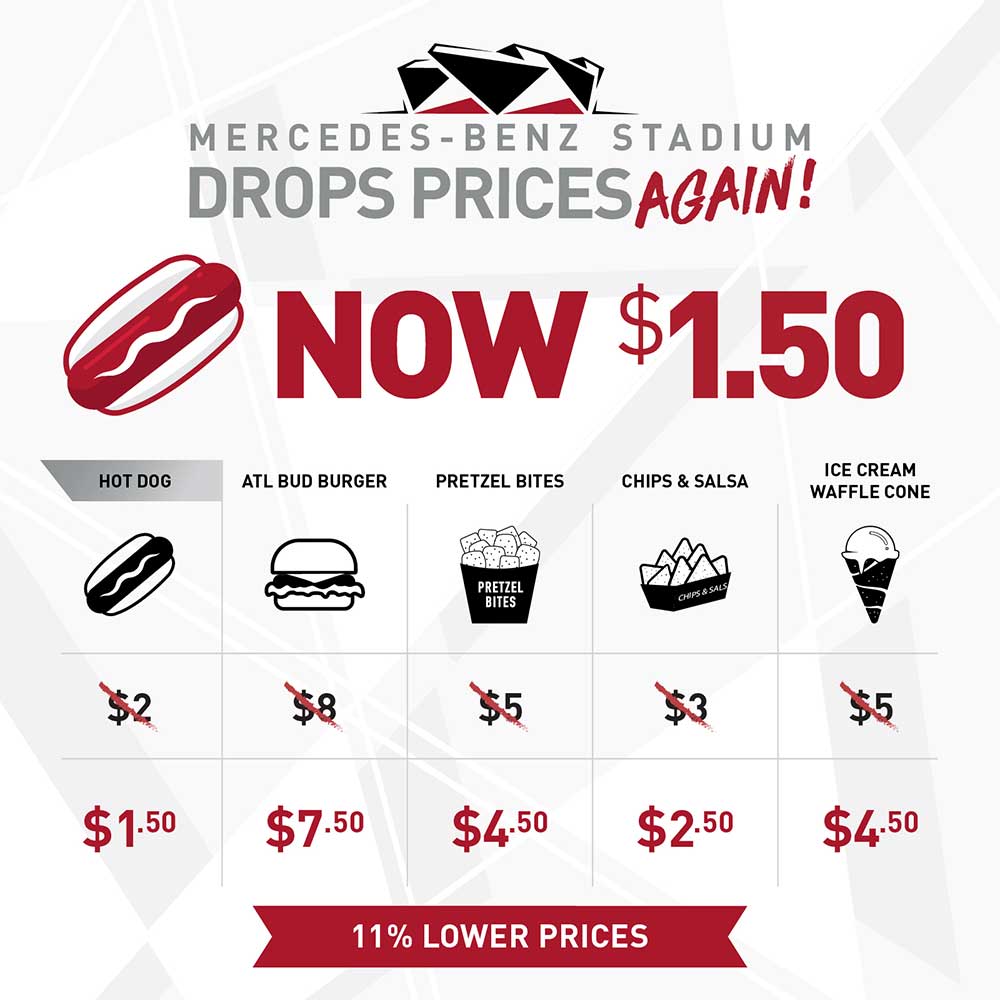 Pharmaceuticals and professional sports tickets have one major thing in common: they’re never going to be priced quite as low as customers would prefer. To soften your own brand’s blow to the wallet, consider taking a page from the Falcons’ playbook and draw up some smarter routes on improving the customer experience. While co-pay cards, insurance coverage support, and administration trainings are a great start, look for fresh ways to approach those offerings and expand your consideration of other services your patients might relish, endearing your brand to them for the long haul.