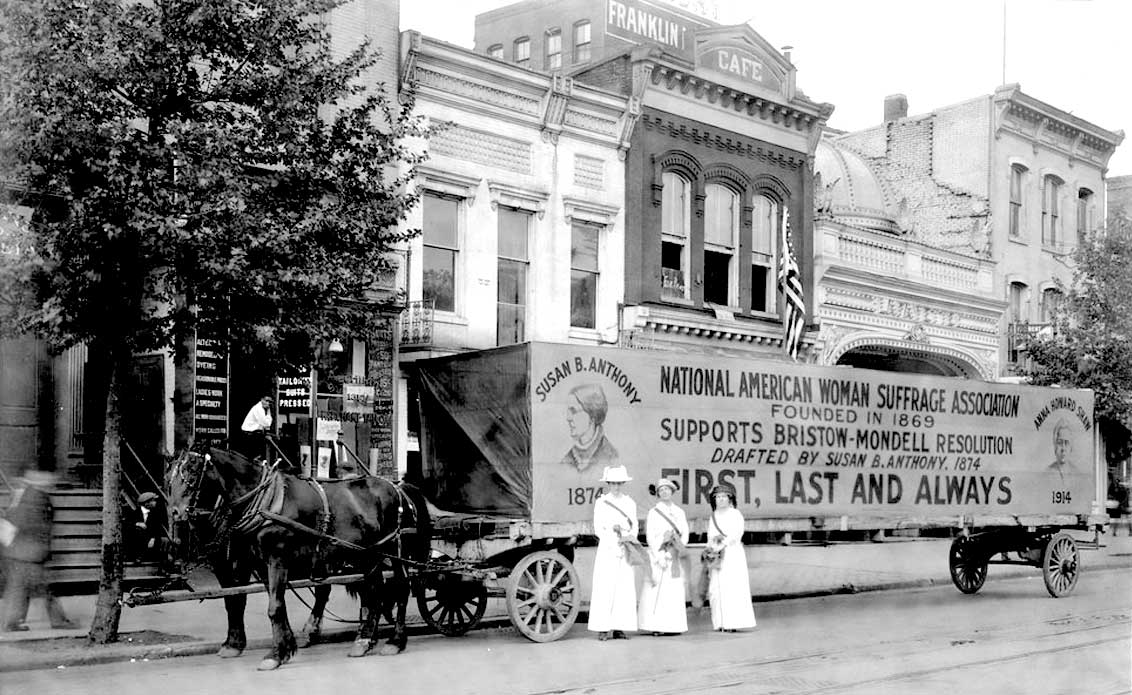 Three women standing in street in front of horse-drawn wagon in Washington, D.C. circa 1914
Credit: Library of Congress

It’s been 101 years since the 19th Amendment — granting women the right to vote — was ratified into the US Constitution. Like many social movements, the fight leading up to this milestone in gender equality was preceded by nearly 100 years of activism.

Why did something that now seems so obvious and that many of us all now take for granted ultimately take so long to get done?

To put it simply, the suffragettes were trying to shift a national mindset that had been centuries in the making. It was widely believed (by both genders) that women would add no value with their vote, and even the possession of such a privilege would be a distraction from their “duties” around home and family.

“Shall women vote? No; they might disturb the existing order of things.”
Credit: Library of Congress

Breaking down this kind of ingrained thinking would require immense organization, smart strategy, and an army of Balmoral boots on the ground to spread the message. Yet these activists didn’t have any of those things lined up, at least not initially — it was their first rodeo, after all. They sparred on strategy, created racial and class divides that alienated supporters, and had to slowly go state by state to garner favorable votes. They ultimately got it done, but it was a Athena-ean feat. However, it should be noted that not all women immediately received the right to vote — non-white women would struggle for years to come to take their places at the polls. 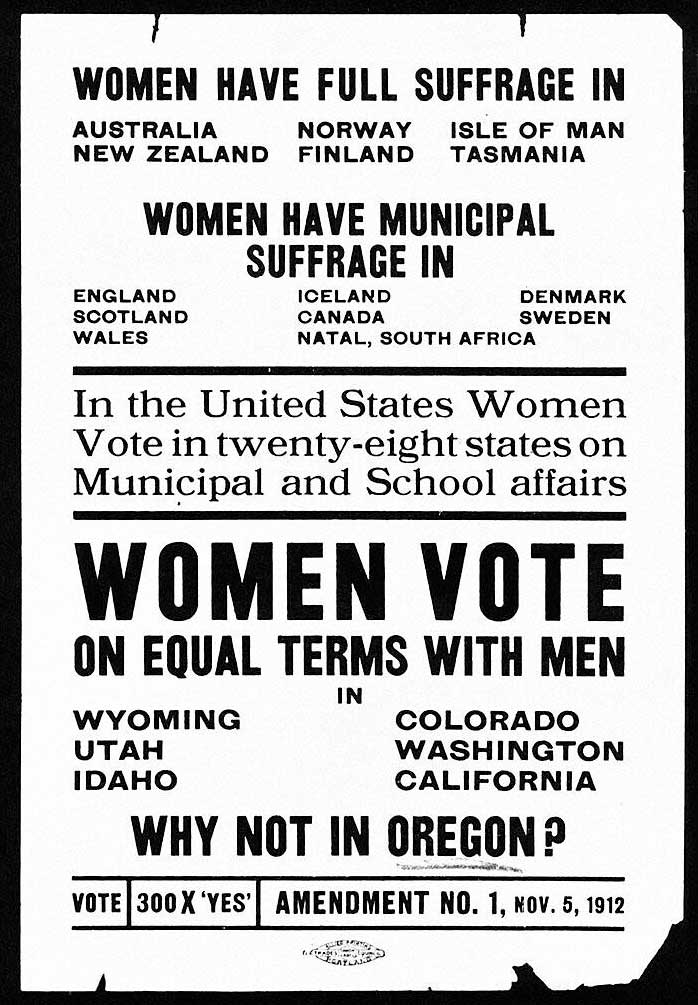 Imagine if a notable brand had gotten behind our badass foremothers — if Campbell Soup or Ford Motors had joined them on the front lines. That sort of support would have been extremely controversial (and even a bit reckless, since men had all the purchase power then), but it would have demonstrated a bravery that gave more gravitas to the movement. And you better believe that suffragettes and their supporters would have felt a greater affinity for the Model T or a warm mug of chicken noodle soup.

With the rise of corporate activism in recent decades, many brands are banking on these same rewards of brand affinity. Yes, many of them feel a deep devotion to their chosen causes. But they also hope that a willingness to stand for something meaningful in the eyes of their audience can gain them love and loyalty over their competitors.

To show you how it’s done well, let’s look at how three female-oriented brands are morphing minds around women’s issues within their own categories:

Frida is a cult-favorite brand that delivers products to overcome parenting’s toughest challenges — think tricky boogers or trapped gas that can make a baby miserable. These products are a piece of a pastel-colored cake to sell — a desperate parent will try anything. (Plus, they actually work!)

But a mom facing challenges of her own in the postpartum stage? That’s a different story. Pregnancy is full of mom-centric products and practices, but once the little one arrives, the focus shifts. Now it’s all about the baby — and moms in a fragile postpartum state are left to either suffer silently or create hacked-together solutions to overcome their issues, like soothing post-delivery vaginal pain (DIY “padsicles”) or clearing clogged milk ducts that inhibit breastfeeding (enter the massaging effect of an electric toothbrush). 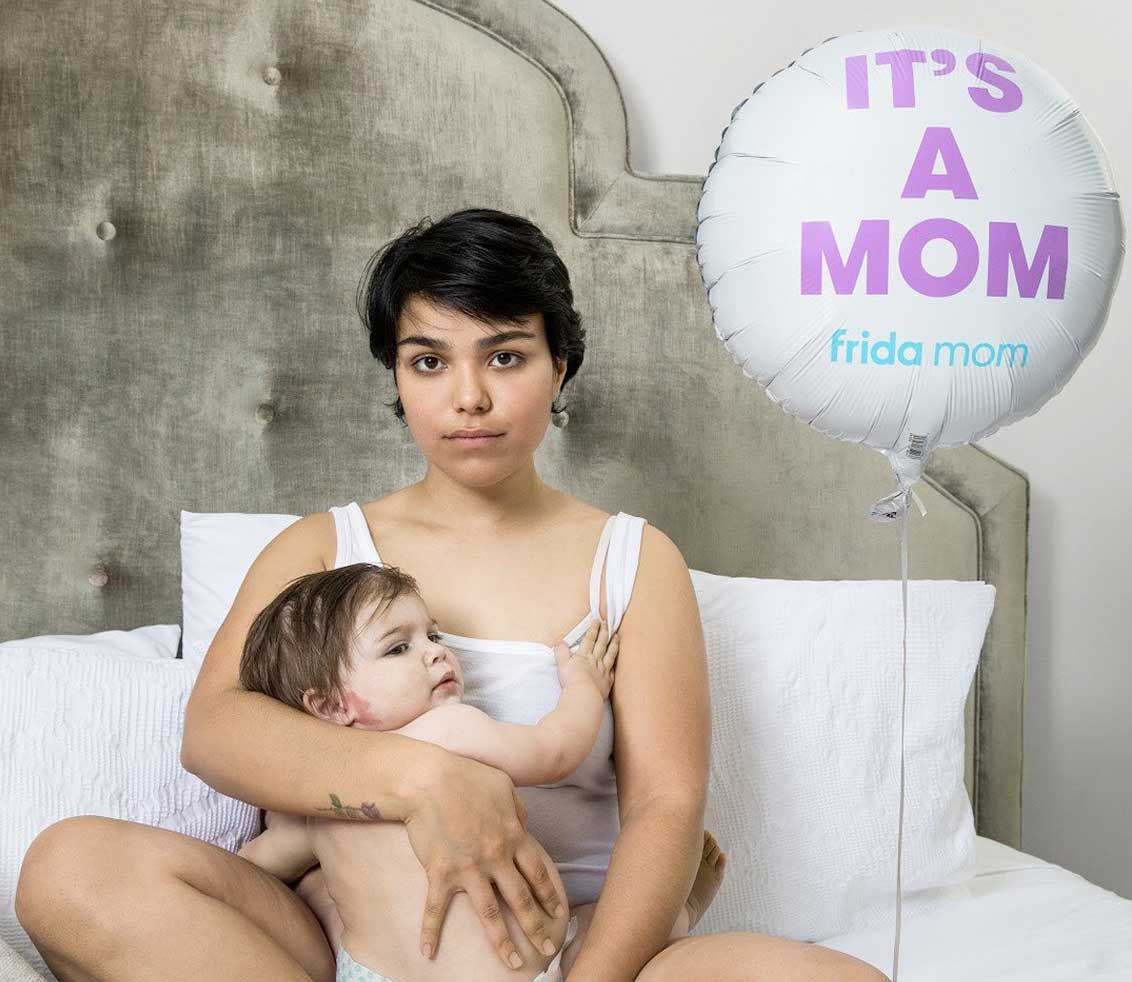 Frida was ready to come to the rescue with new lines of products just for the postpartum mom, but — to be successful — it needed these women to feel comfortable self-advocating for their own needs. First the brand launched a controversial commercial depicting the raw-but-real challenges that moms face in the days after delivering a baby, but never really talk about. More recently, they used a commercial aired during the 2021 Golden Globe awards to confront misconceptions that breastfeeding is instantly easy for everyone and mothers are “doing something wrong” if they struggle. Both spots went viral, and mothers went gaga for Frida’s bold confrontations of these harmful social norms and their product-based solutions.

A new mother’s troubles don’t stop at postpartum pain and breastfeeding. If they’re headed back to work, they have a plethora of new problems on their plates: coordinating childcare, finding time and a place to pump, and the internal effects of mom guilt — just to name a few. Add in the stressors of their job responsibilities, and it’s easy to see why the majority of working moms reported feeling guilt every single day.

Enter Chicco, a brand that makes baby gear like strollers, car seats, and high chairs. Chicco has been in the baby biz for over 60 years, which makes them trusted. But trendier companies had entered their space in the last decade, making Chicco look a bit less-than-modern to the Millennials who are becoming mothers. The brand likely needed a way to reconnect with this new audience, who was otherwise being wooed by flashier tech-forward brands. 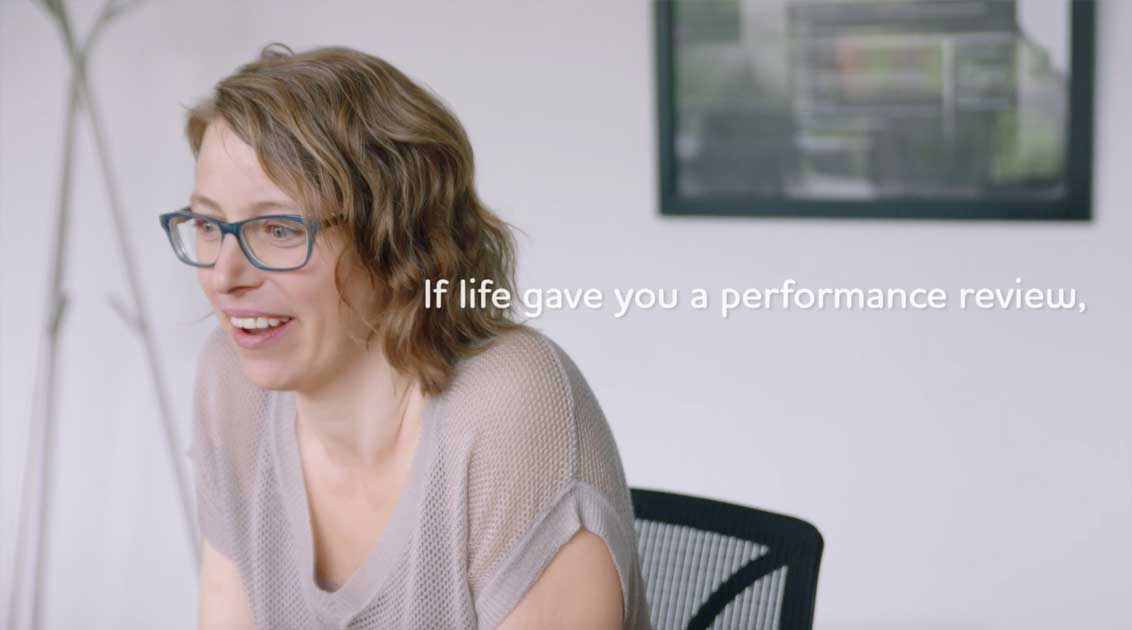 Rather than only compete on features, Chicco chose to create an emotional connection around the unique challenges that a working mom faces. The brand launched an online video showing a real-life working mom, Jessica, and her struggle to return to her job. When it came time to receive her performance review, she openly admitted to her reviewer that she was spread thin and found herself having to compromise on both motherhood and her job. Jessica’s reviewer then surprised her with video testimonials from her coworkers, friends, and family, who gave glowing reviews of both her work and the grace she had shown in balancing both her job and motherhood. The video ultimately delivers a message that a mom is doing better than she thinks — a sentiment that many mommy blogs, who shared the viral video with their followers, thanked Chicco for voicing.

Thinx was gutsy from the get-go — their product is a pair of absorbent and washable underwear for women to wear during their periods in lieu of a pad or tampon. It was meant to be the answer to the prayers of women who had bemoaned the inconvenience and failure of conventional solutions. But the brand knew many others would pale at the thought of what seemed like a “period diaper.”

Thinx needed to align themselves to a more unifying and universal theme — and they smartly chose the negative perception around periods. Society has long instructed women that their periods are “gross” and they should go to great lengths to hide them. Thinx’s underlying message: If you’re with us on ending this BS and normalizing periods, then why not be with us on normalizing new period solutions? 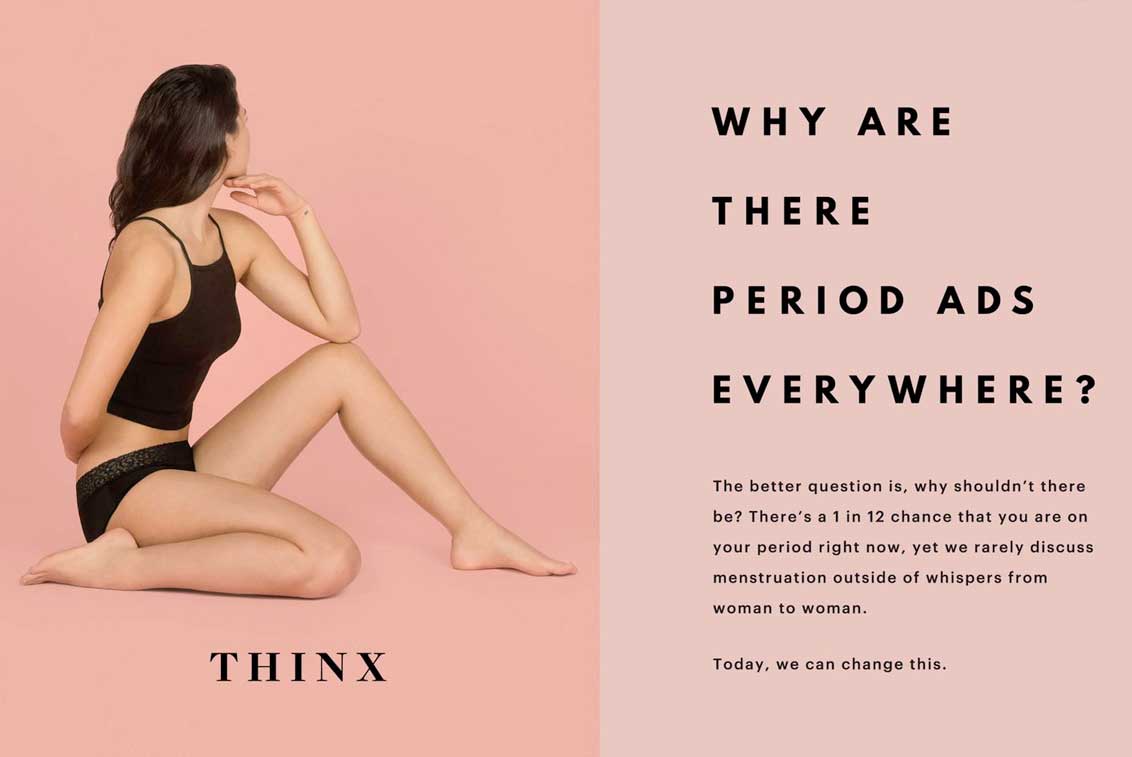 First the brand went grassroots to rally the early adopters via word-of-mouth social campaigns and Ask-Me-Anything threads on Reddit. Then they went big, notably battling the “goliath” media companies who recoiled at running their bold-but-honest ads on the NYC subways, in taxicabs, and even on national TV. The backlash to that backlash united a larger supporter base — the brand’s censorship had become bigger than a pair of undies. Thinx was named as one of the Best Inventions of 2015 by Time, crusaded for other female-focused causes and has experienced double-digit growth each year since. But the company wasn’t totally able to walk their own talk — in 2017, the female founder & CEO was accused of sexual harassment by an employee, alienating some of Thinx’s customer base and causing her to leave the company.

The bottom line: The suffragettes may not have had a brave brand to bolster their message, but today’s activists are often augmented by corporate voices. Some might say that it is even expected. And even though it requires marketers to expand their efforts beyond their core offering, these brands prove that an authentic show of support can send more audience eyes back your way. And that’s a pretty smarty pants move, if you ask us.

For HCPs, The Struggle Is Real