Providing medical care to the masses, playing baseball in the major leagues, pulling off an enormous project in the midst of a World War—these are achievements that the majority of us could never even fathom.

Now add in a lack of support, hatred from those around you, and horrendous living conditions—all because of systemic racism. These feats suddenly seem insurmountable.

Yet Dr. Rebecca Lee Crumpler, Jackie Robinson, and the women of the 6888th Battalion are remembered and revered for these accomplishments.

We share their struggles and successes as way to honor them and the countless other Black men and women who must also endure racism en route to achieving their goals and advancing our society—both historically and today.

We hope their Challenger stories inspire you to overcome your own barriers, as well as support those who are driven to do the same. 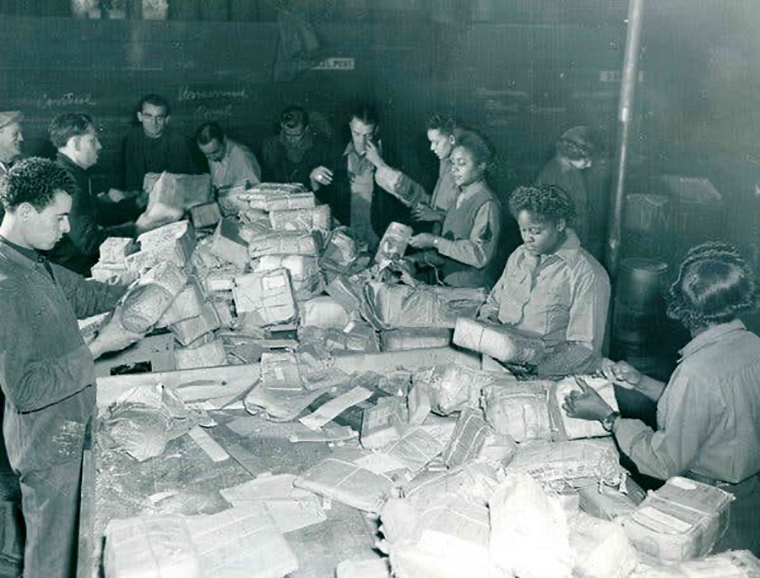 There was one US battalion in World War II that was like no other. The 6888th consisted entirely of Black female members of the Women’s Army Corps. At a time when all US troops were segregated and Black troops were generally treated as second class (despite promises that they would not be), these 855 women still volunteered. And they went through basic training just as any other soldier did.

The 6888th, or “Six Triple Eight,” was sent to England in February 1945. Their mission: to create a system to sort through approximately 17 million backlogged letters and packages addressed to the Allied troops, organize them, and direct them to the correct military units and locations across Europe.

They were expected to fail. The Six Triple Eight only existed because of pressure from civil rights activists and First Lady Eleanor Roosevelt—many military leaders were against having Black women in the military and were using this mission as a litmus test for having them in the armed forces. As the leader of the Six Triple Eight, Charity Adams Earley, said in her memoir, she knew they couldn’t just do the job as it was stated—they had to “be the best Women’s Army Corps unit ever sent into a foreign theater.”

The 6888th’s Central Postal Directory operation functioned 24/7, and the women worked and lived in cold warehouses with blacked-out windows to keep them concealed from air raids. Giant rats ran among them, snacking on cookies and other foods in the care packages.

When the women first arrived for their assignment, they were told they had only six months to complete the job. Guess what? They did it in three. They were then sent to France to set up the same system in two more cities. They completed those tasks in three months as well, proving their superiors wrong again and again.

The battalion was officially disbanded in 1946, with no recognition or thanks. In 2009, the 6888th Central Postal Directory Battalion was finally honored in a ceremony at Arlington National Cemetery. 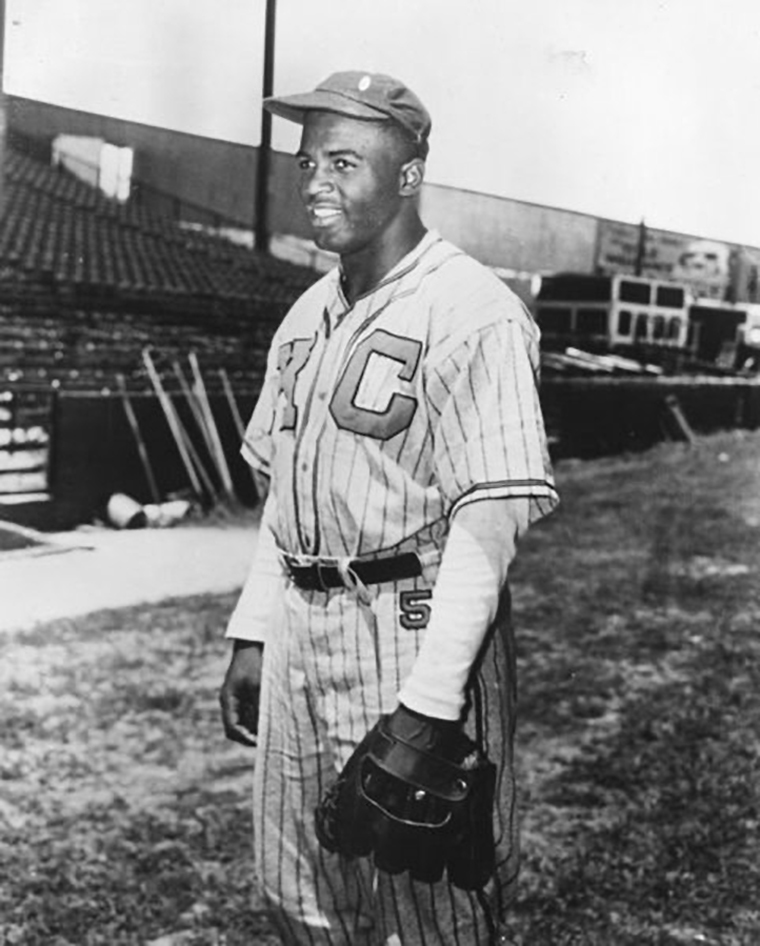 Belief in Something Larger

For years, Jackie Robinson played baseball in the minor leagues. The Major Leagues, however, had a policy of whites only. But the general manager of the Brooklyn Dodgers, Branch Rickey, was determined to break the color barrier and bring a Black player into Major League Baseball (MLB).

Why Jackie Robinson? Beyond his talent, Robinson had an experience during his time in the US Army that indicated to Rickey that he could stand up to the racial hostility he would surely face as the first Black player in MLB. And, even more importantly, Rickey believed Robinson had what he called “guts enough not to fight back.” Robinson would have to restrain himself and be somewhat of a martyr for the cause of integration; if he retaliated in any way, he’d be fired, and it surely would be many more years before another Black player might be brought in. No doubt, this must have been excruciating.

Jackie Robinson made his Major League debut for the Brooklyn Dodgers on April 15, 1947. Not only did he endure abuse from white baseball fans (including death threats)—he even was the target of hatred from other players. Robinson rose above it all, establishing himself as a great player who became a fan favorite of Black and white fans. Perhaps more importantly, his performance and perseverance kickstarted the entry of other Black players: there were 10 Black players in the league by 1954, including the great Willie Mays.

After retiring from baseball, much of Robinson’s life was devoted to the Civil Rights Movement. He served on the board of the NAACP, wrote and spoke out about racism and Jim Crow, and participated in protests and marches. He was vocal about the need for Black-owned businesses and affordable housing. And he continued to work with MLB to bring in more Black players and pushed for the hiring of Black managers (which wouldn’t happen for many more years). 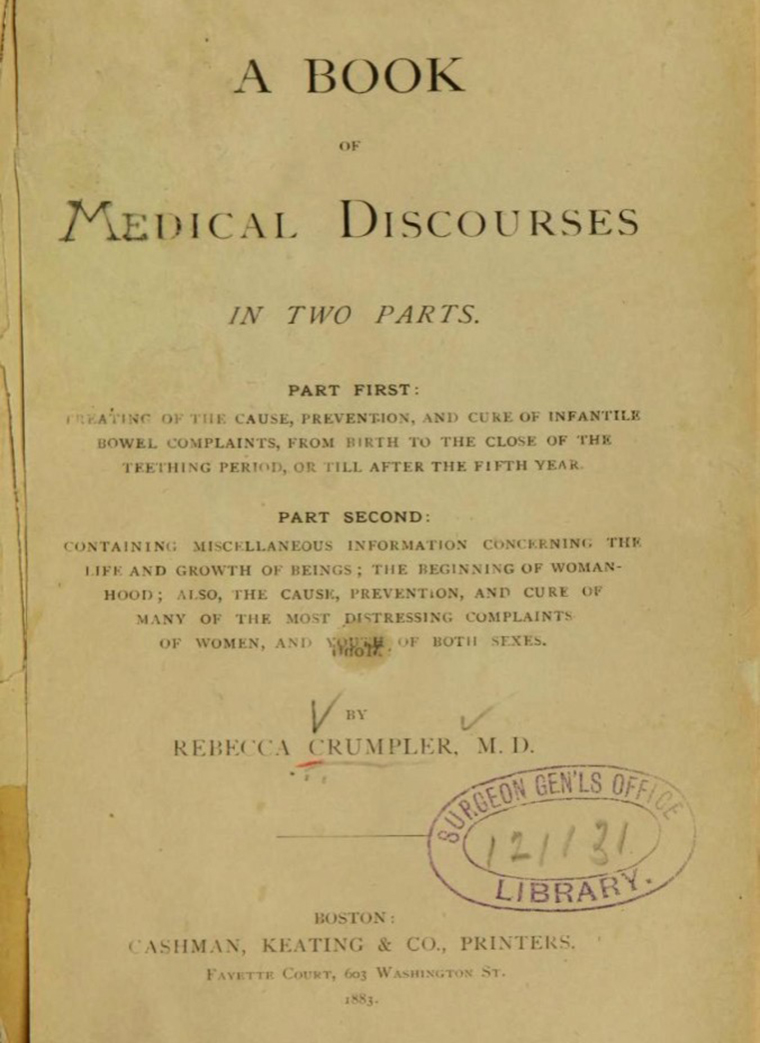 The Relentless Pursuit of a Personal Passion

Although slavery was allowed in Delaware at the time of her birth, Dr. Crumpler was born free in 1831, and spent most of her childhood in Pennsylvania, which had abolished slavery in 1780. As a child, she was deeply inspired by her aunt, who routinely cared for the sick in their community. She recounts this in the early chapters of her medical text:

“Having been reared by a kind aunt in Pennsylvania, whose usefulness with the sick was continually sought, I early conceived a liking for, and sought every opportunity to be in a position to, relieve the sufferings of others.”

In the 1850s, she moved to Boston to attend the New England Female Medical College, where she received her “doctress of medicine.” At this time, there were approximately 55,000 doctors in the United States, and 300 of these individuals were women. Only one of them was a Black woman: Dr. Crumpler.

After the Civil War ended, Dr. Crumpler moved to Richmond, Virginia—the city was destroyed, many freed slaves there were in desperate need, and white doctors often refused to help them. As part of the Freedmen’s Bureau, she provided medical care to thousands of newly freed people, including many women and children. As smallpox ravaged the Black communities in her city—an epidemic believed by many in the medical community to be the result of physiological differences between Black and white people—Dr. Crumpler saw that these outbreaks were preventable, usually due more to poor living conditions than any other factor. It was this realization that inspired her to publish her medical text, A Book of Medical Discourses, written to help Black women safeguard both their own health and the health of their children. Dr. Crumpler wrote in her introduction, “My chief desire in presenting this book is to impress upon somebody’s mind the possibilities of prevention.”

After spending a few years in Virginia, she moved back to Boston and opened her practice. There she was met with vile racial and sexist abuse both from the general population and from other doctors. But throughout her career, she was able to endure the hostility and thrive, even treating patients for free if they couldn’t afford to pay.

When she died in 1895, she was buried in an unmarked grave. In 2020, a local organization held a fundraiser and collected enough money to erect a granite headstone for her.

These are just a few of the countless contributions Black people have made to the most impactful aspects of society: medicine, politics, religion, business, technology, art, sport… the list goes on and on. We honor both the exalted and everyday Challengers during Black History Month and through our daily agency commitment, seeking to do our part to make Black history simply history.

Going From Wurst to First