A Brand Partnership of Biblical Proportions 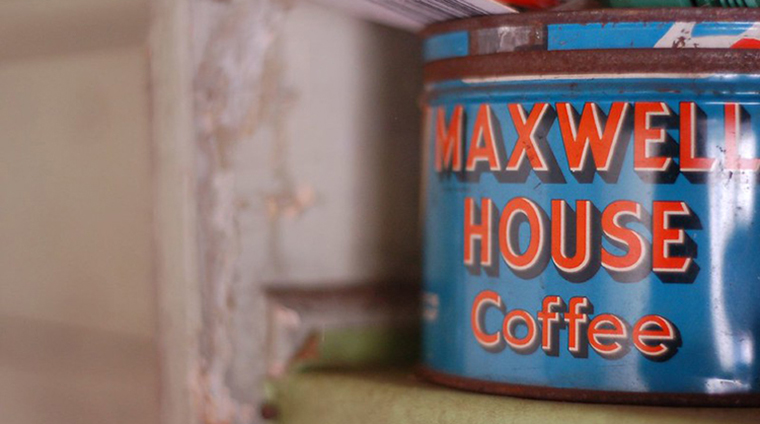 “Maxwell House” by mrkittums is licensed under CC BY-ND 2.0

When it comes to a Seder—the festive holiday meal and ritual that marks the beginning of the Jewish holiday Passover—many celebrants have a fond memories of their family’s ragtag collection of Haggadot (singular: Haggadah).

The Haggadah is a book of prayers and practices that is read aloud and guides the feast. There is no one definitive Haggadah book—some are traditional, others are progressive (replacing all the male pronouns with female pronouns), some are annotated, and others artfully illustrated. And then there are the small paperback volumes produced by everyone’s favorite Hebrew brand, Maxwell House.

Yup, the “good to the last drop,” coffee-in-a-can Maxwell House.

How did this come to pass, you ask? Well, it turns out that it was a marketing campaign of biblical proportions.

Rewind to the early 1920s. There were no “kosher for Passover” coffees at the time. (You’re probably more or less familiar with kosher dietary guidelines: no shellfish, no pork, no mixing meat and dairy, etc. Well, during Passover, there are even stricter guidelines as to what is kosher during the holiday.) The ban on coffee was mainly due to some scholarly confusion: beans aren’t kosher for Passover, so some caffeine-deprived Jews must have misunderstood that restriction to extend to coffee beans. However, the coffee bean isn’t a legume, it’s actually a fruit!

So, Maxwell House saw a targeted opportunity: they had a chance to become the coffee brand for the American Jewish community. But first, Maxwell House, which was by no means a Jewish company, had to give legitimacy to their product and win over their audience. This might be a situation in modern marketing when a brand would turn to a famous figure with influence over the community’s culture; instead Maxwell House took a different kind of page out of the partnership playbook and turned to… the Haggadah!

First, Maxwell House worked with rabbis to certify that coffee is, in fact, kosher for Passover. Then they found a way to truly “partner” with Passover, year after year. In 1932, Maxwell House began printing cheap, branded Haggadot that they gave away to every customer at the supermarket who purchased a can of coffee, “compliments of Maxwell House Coffee.” 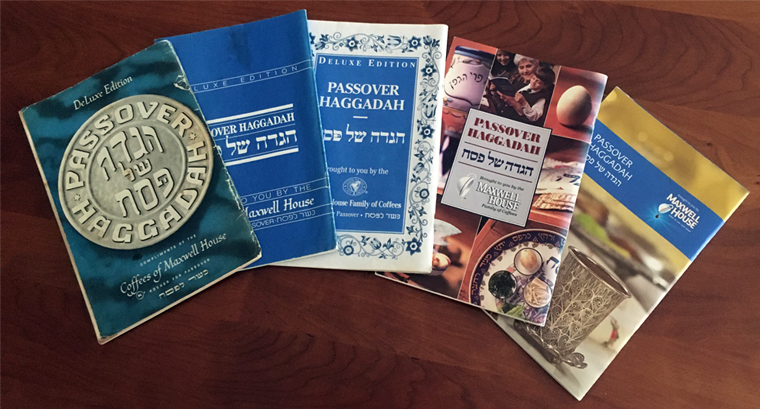 This was such a smart move, for a few reasons:

It met a true audience need. Seders were starting to expand in the ’30s, but getting Haggadot for all of your guests wasn’t necessarily simple. The easy accessibility of a consistent text for your dozen guests—rather than a hodgepodge of various translations—was incredibly helpful.

It was customer-centric. The population of American Reform Jews was growing, and they needed a more basic version of the text that walked them through the rituals; Maxwell House’s Haggadah gave equal prominence to English and Hebrew, included instructions for conducting the Seder, and removed the heavy exegesis. In other words, they made the UX a lot less intimidating.

It was authentic. Let’s be real—if a 1,500-year-old religious text isn’t the definition of authenticity, we don’t know what is.

It was personal. Passover is a special time for Jews—it’s all about family and tradition. As an opportunity to build credibility within the community (when done right), there were few better choices for Maxwell House.

It wasn’t too branded. Sure, the cover shouts Maxwell House, but once you get inside the book, the brand gets out of the way. Maxwell House enabled Seders; it didn’t hijack them.

And so it happened: Maxwell House, for decades, was the coffee of choice for American Jews. And the Maxwell House Haggadah has been printed every year since then (except for two years during WWII when paper was in short supply), and over 60 million copies have been distributed. It’s become a cultural icon.

Yes, in today’s Starbucks world, Maxwell House’s star of David has since dimmed as the preferred cup of joe. But the halo around their Haggadah partnership still shines bright—President Obama used one at a Seder in the White House and the brand partnered with streaming hit The Marvelous Mrs. Maisel  to create a special fan edition last year.

So, next time you’re considering a partnership to raise brand awareness with a new audience, take inspiration from Maxwell House and consider some unlikely sources. You might just make your Bubbe proud.