Takeru Kobayashi entered his first competitive eating event on a whim—it was a 4-round contest in Japan and his motivation was a $5,000 prize. But he didn’t just show up and start eating. He studied similar contests, assessed the “standard” approach to competition, and then came up with a clever solution to win his first contest. “Kobi” noticed that most people overdid it in the early rounds and then didn’t have the energy (or stomach capacity) to finish strong in the final round. Instead, Kobi only ate enough to qualify in earlier rounds and then blasted past the competition in the final round to ultimately win the $5K prize.

After tasting this initial success, Kobi turned pro. And what’s the ultimate challenge for the competitive eating pro? Nathan’s Famous Hot Dog Eating Contest on Coney Island, of course! In his rookie debut, Kobi devoured the world record: he ate 50 hotdogs (and their buns!) in 12 minutes, doubling the previous record. How did he do it? 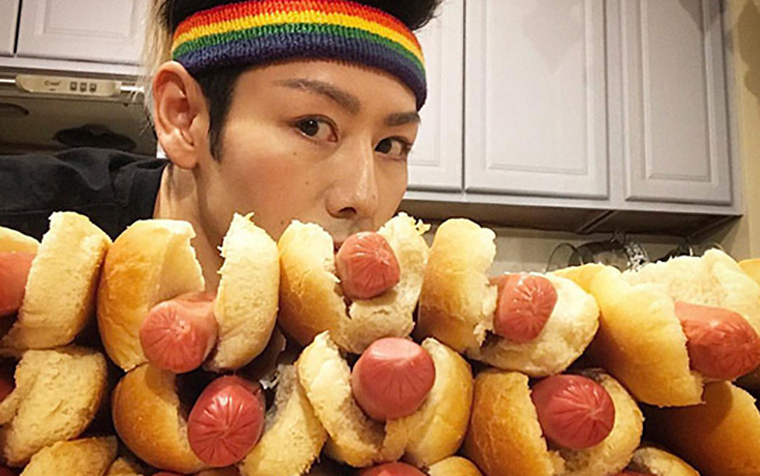 He optimized his approach by:

So what can we learn from Kobi and his challenger approach to competitive eating?

1. Uncover the playbook, then rewrite it. In his research, Kobi observed that other competitors approached the hot dog challenge in the same way. After his initial success in Japan, Kobi knew that if there was an opportunity for success if he zagged while the rest of the entrants were all zigging.

2. Reframe the challenge. Rather than think of the competition as “having a fast meal,” Kobi reframed the competition as a true sport. This shift allowed him to think about creating different strategies for how to consume the hot dog vs. the bun, how he could cut out unnecessary steps, and even how to train his own physique. (Kobi had six-pack abs during the height of his career!)

3. Realize that the success of others may be an artificial barrier. The eating records for Nathan’s annual competition always hovered in the low 20s. A success ceiling had been established and competitors became focused on reaching it vs. shattering it. Kobi’s rejection of their entire playbook included rethinking expectations about results—which meant he was only competing against his personal bests.

Similarly, as challengers in the pharma marketing world, we must remember to challenge conventions, to never take anything at face value, and to change the rules of the game if they no longer make sense.

This year, Nathan’s annual competition will look a little different on July 4th—instead of the crowded stage on the corner of Surf & Stillwell, a smaller group of entrants will spread out along a 30-foot table at a nearby indoor location without an audience. And even though Kobayashi is no longer competing, entrants like Joey Chestnut (the current hotdog record holder at 74 dogs), will be carrying through many of the techniques that were first relished by our brave hot dog hero.

A Brand Partnership of Biblical Proportions

Thinking Beyond the Blunt