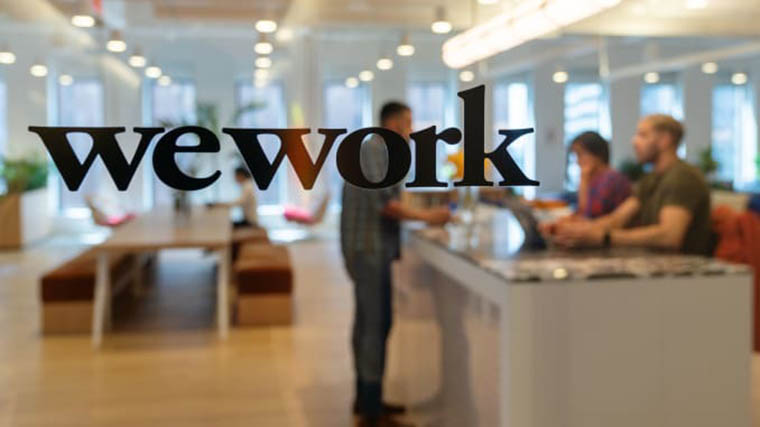 Okay, pop quiz: what is it that the company WeWork offers customers?

If you answered something like “office space for freelancers,” you’d be forgiven. But you’d be wrong.

What does WeWork really sell? It sells a transformation in the way we work. It sells solidarity. It sells a certain feeling of going to an office. It sells social connection and belonging for young innovators who otherwise would be languishing at rickety tables in a Starbucks. It even broadened this promise of transformation beyond work: it launched WeLive (residential space) and WeGrow (elementary schooling), each with a similar offering of interconnection.

Now, when it comes down to it, you are getting office space from WeWork. They have lots of “products”: you can get a Standard Private Office, or an office suite, or a headquarters; you can sit at a hot desk, or a dedicated desk, or even a Labs desk. But try to find an ad in which WeWork talks about any of those features.

Because WeWork goes “above brand.” When we say above brand, we mean a company that offers products, but markets something bigger than those products and doesn’t bother getting into the nitty gritty of versions and models. A great example is Apple. They sell highly technical products, but really what they have created is a sense of membership in the club of Apple buyers. Or Nike, whose big marketing campaigns like Just Do It 30th Anniversary and Dream Crazier encourage determination, motivation, and defying the odds—not the purchase of shoes or clothing.

A WeWork ad talks about a lot of big, above-brand things—passion for work, community, entrepreneurism—but you’ll never see an ad that talks about mundane product details like square footage, WiFi speeds, numbers of printers, or price.

And—for a while—they were incredibly successful! At the beginning of 2019, it was worth $50 billion (while IWG, a similar company with more members and more real estate, was worth a mere $2 billion).

And then, of course, came WeWork’s dramatic fall. Through their IPO process, some sketchy financial stuff came to light and their CEO was forced to step down. The company’s valuation plummeted and eventually they pulled the plug on the IPO. Is that a sign of failure of the above-brand approach? We’d counter that it’s the opposite: because WeWork was so successful in selling its above-brand vision, everyone felt so spectacularly betrayed when the company’s financial mismanagement was revealed. WeWork sold the dream so well that no one caught on to the business model nightmares.

So why is above brand marketing effective?

People aren’t really loyal to brands, they’re loyal to themselves. Wharton professor of marketing, Americus Reed, describes this as “Identity Loyalty” —the idea that when consumers express loyalty toward a brand, it’s because that brand aligns with how consumers view themselves.

Think about it this way: if a competitive landscape were a planetary system, the outdated view of “brand loyalty” would have the brand at the center—the Sun—and consumers would be planets revolving around that center. In the Identity Loyalty theory, the consumer is the Sun, and the brand revolves around the solar center. If a brand stays true to what consumers value, the consumer will let it revolve close by. But if a brand strays away from what its audience values, it will drift farther away from the “Sun” until it’s just floating alone in a cold, dark abyss (often known as “bankruptcy”). 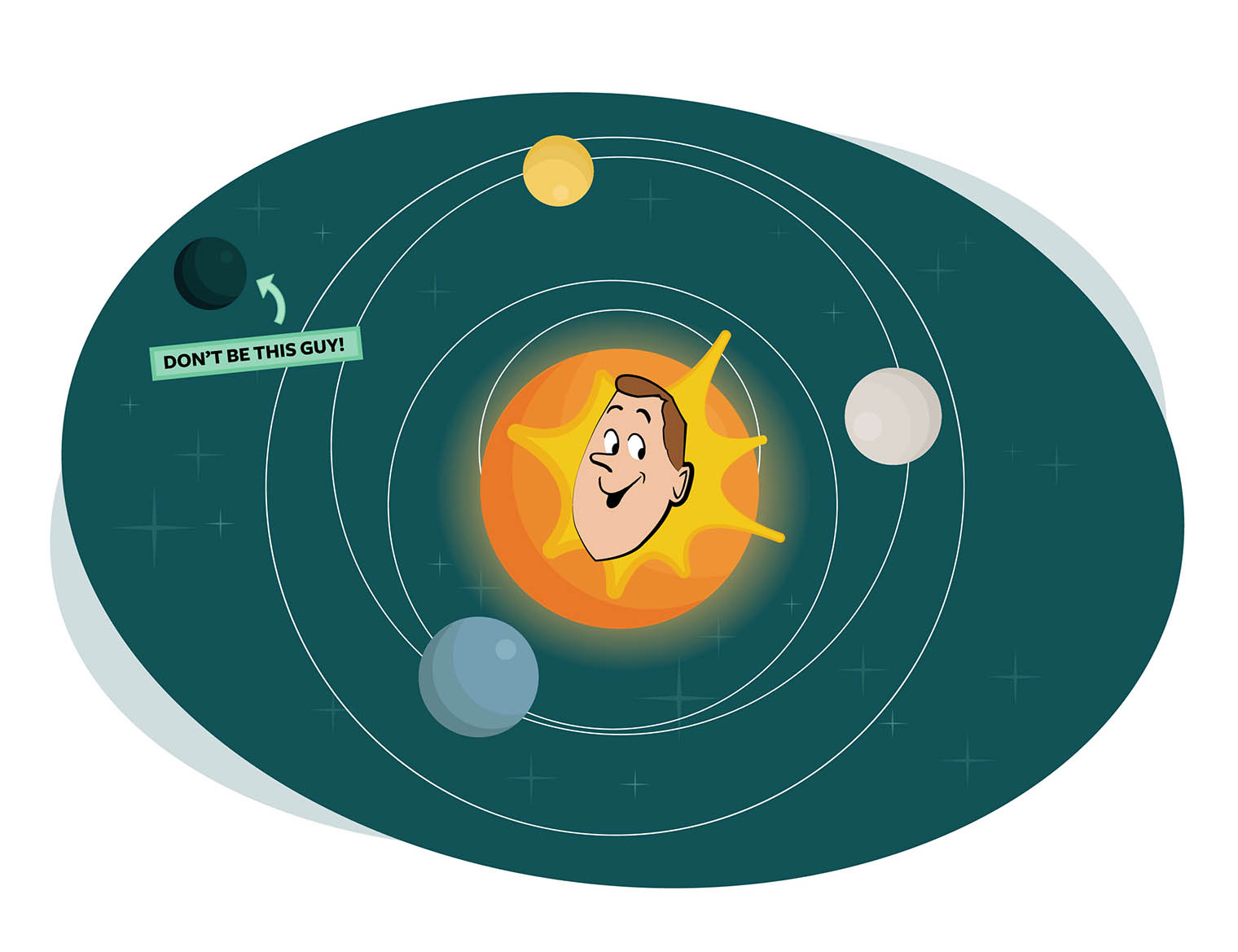 Above-brand marketing makes it possible for a brand to not be so brand-like; instead, it takes on human traits and values that offer points of alignment for consumers, increasing the likelihood that consumers will connect.

So… how does this translate back to life sciences? We’d answer that with another question—who actually sees themselves and their values in a medication or health treatment? It’s so easy getting caught up in trying to sell a product or contrast its characteristics with competitors—but focusing on efficacy data or ease of use is not a surefire way to bring a healthcare brand closer to its Consumer Sun.

How do you know if your brand is prime for above brand marketing? Consider these scenarios:

So yes, there is something you can learn from WeWork. Just be sure to actually back up your claims—because an exposed over-promise from a brand is a one-way ticket to a corner of the brand loyalty galaxy where the Sun doesn’t shine.