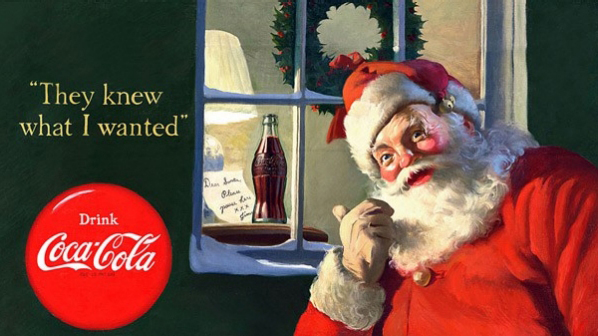 According to marketing lore, the image of Santa Claus that many of us know and love was created by none other than… Coca-Cola. (Pepsi cannot, however, lay claim to creating the image of Cindy Crawford.)

The “man in red” has been featured in holiday ads for the “can in red” since the 1930s. While artistic depictions of Santa Claus have existed for decades prior, it was Coca-Cola that repositioned him from a tall and gaunt gent (even a bit creepy) to a jolly and rosy symbol of the season.

Coke has been riding on Santa’s fur-trimmed coat(tails) ever since. 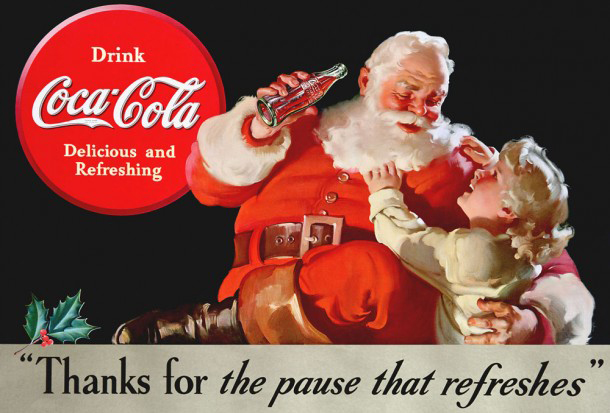 What seemed to make Santa’s endorsement of Coca-Cola such a success? The duo’s alignment came in the recovery of the Great Depression—when folks were looking for happiness in the smallest of pleasures.

Societal forces were also behind the rise of influencer marketing over the past decade. Since the dude in red made his advertising debut, brand endorsements by notable figures have been a mainstay in marketing. However, one thing has slowly been shifting: the status of the influencers themselves. From figurative (Santa, Marlboro Man) to real-but-untouchable (Michael Jordan, Cindy Crawford) to reality-based fame (The Kardashians, Dr. Oz), we have gradually embraced a more attainable figure as a source for recommendations and endorsements. So it should be no surprise that when social media enabled reach and content creation for the masses, we took another giant step toward attainability and looked for inspiration and influence amongst… ourselves. 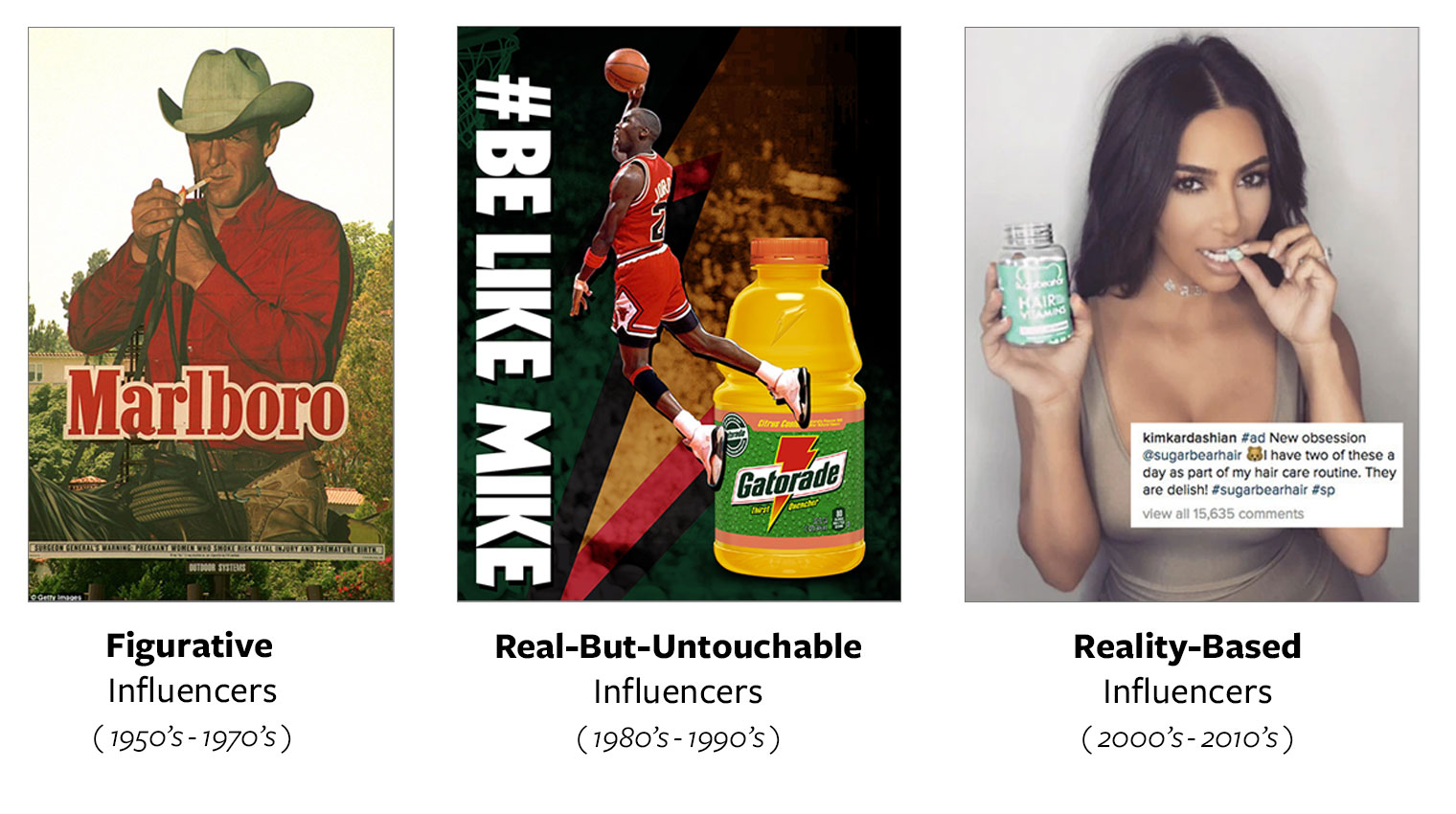 But this “old” (um, 2017) idea of social influencers is already evolving. No longer does it mean engaging individuals who have carefully curated Instagram feeds that the Kardashians would be proud of. Consumers have spoken again and stopped responding to that type of content—a post that is clearly staged can actually cause an influencer to lose followers. Instead, consumers seek—really, demand—more authenticity from both brands and the influencers that support them than they ever have before.

A number of companies are using more authentic microinfluencers to drive their brand:

Weight Watchers: WW recently evolved away from a celebrity-spokesperson approach and developed their own social network (Connect), which allowed them to identify “regular” people who have developed a strong organic following within the Connect community to be official WW Connect Ambassadors. This allows them to ensure that these microinfluencers are educated, so that they are providing advice and content aligned with the brand. 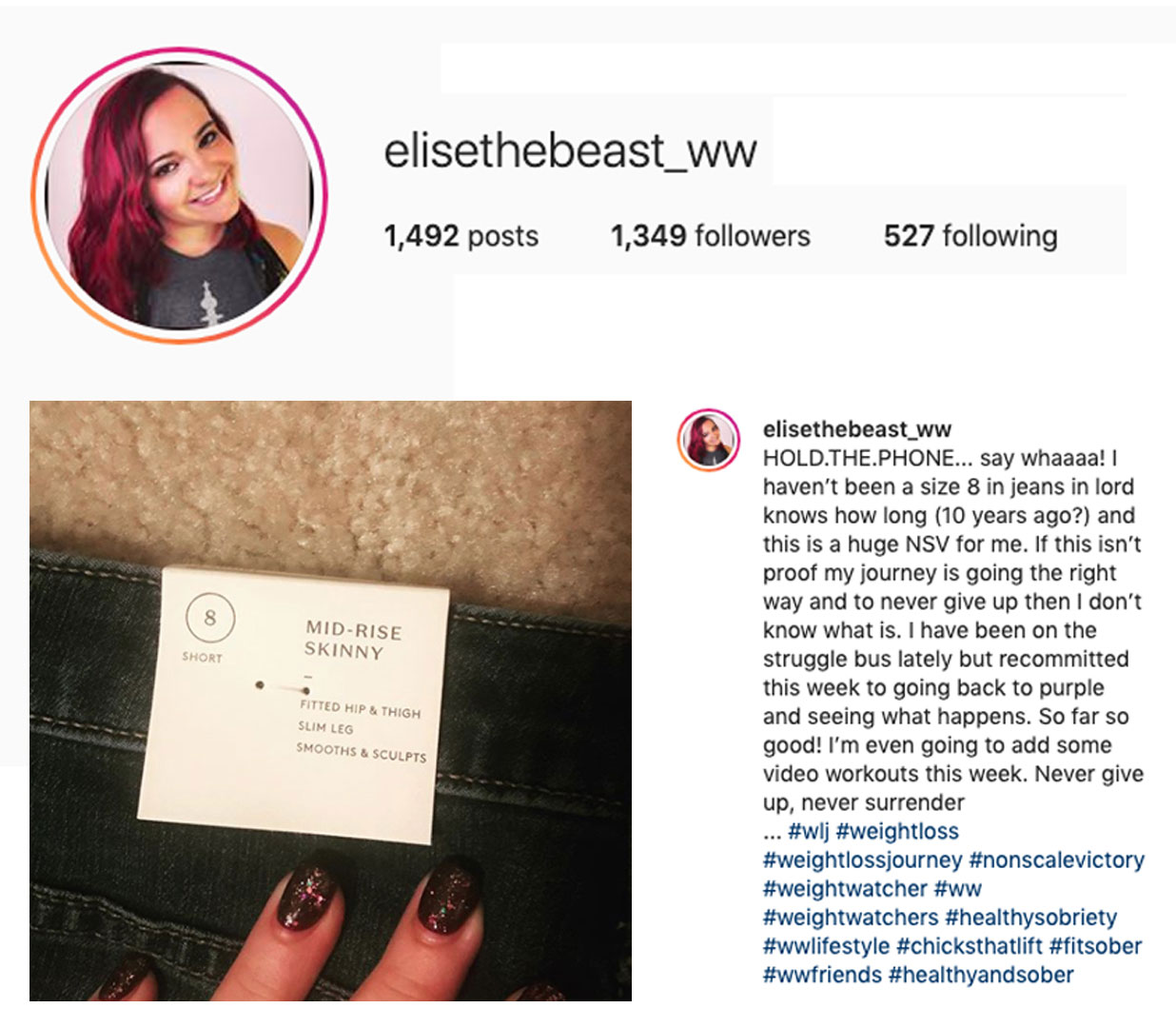 Tom’s of Maine: Tom’s wanted to increase brand awareness among health-conscious consumers. So they solicited those consumers who were already fans of the brand to celebrate Tom’s on social media. Tom’s didn’t pay these microinfluencers; instead, they offered product- and brand-related rewards, such as making sure they are the first to hear when Tom’s products will be on sale at Target. While this may not be much to sniff at, the results were not. Within the first 2 weeks, the Tom’s of Maine Instagram community grew by 8% and the company tripled the growth of the community in the same year. They saw a 600% increase in consumer engagement with microinfluencer posts on Instagram—more than the combined activity of the brand’s Facebook and Instagram accounts.

Historically, pharma has used patient ambassadors, hiring companies to find and train patients to provide testimonials that might sway others like them. But today, influencers aren’t made by industry. Pharma companies should seek to identify existing microinfluencers who support the brand and engage them as we’ve seen in the consumer space. One example is Charis Hill, who has Ankylosing Spondylitis. Charis has been tapped by Salix and other pharma companies to participate in AS events and write about them on her blog, which has over 5,000 followers.

We know what you’re thinking: patient audiences for life science brands are more likely to be from the baby boomer generation, so they seem like a less-ripe target for influencer marketing. But that’s not the case! It may not look the same as the Insta-heavy millennial landscape, but there are definitely boomer influencers bringing their authentic voices to their peers that might be the right fit for pharma. For example, Elaine Ambrose is the best-selling author of such books as Menopause Sucks and Midlife Happy Hour, as well as a hilarious blogger. She has focused on topics such as “Can Midlife Marriage Survive a Prolapsed Bladder?” and “Don’t Fart During an MRI,” lending an authentic voice to older women. Elaine has over 11K followers on Twitter. By today’s social media standards, 11K might not seem like a lot of followers, but it’s a group that’s very devoted.

In 2020, here are three things to keep in mind when considering influencer marketing:

Even Coca-Cola has taken the hint. The brand has shifted away from its beloved Santa and toward its beloved polar bears, giving them personality traits and stories to mimic a human family.