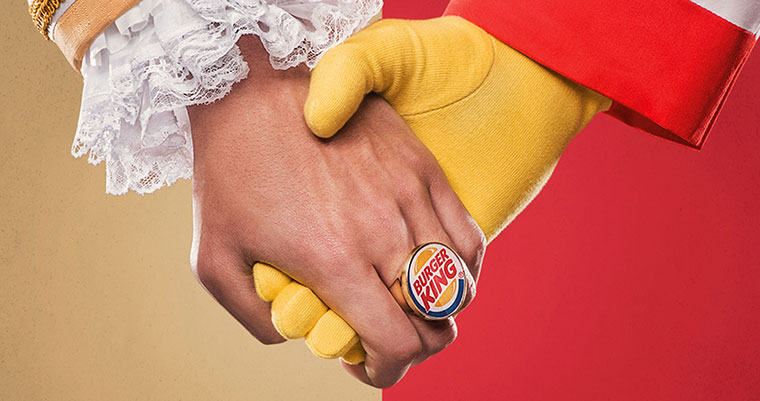 After sixty years of slingin’ patties, Burger King is a well-recognized brand in its own right. But the Golden Arches have always glowed brighter—that is to say that BK has always come in as a bun-ner-up to McDonald’s.

So, how does one compete against a behemoth?

In the case of Burger King over the last few years, you draft off your competition—hard. The company has made a habit of highlighting its “beef” with Mickey D’s, and they’ve done so in smart, creative, and playful ways.

Let’s look at their marketing menu and see what’s been cooking:

Lure your competitor’s customers away… literally
To promote downloads of its new mobile app, Burger King launched “Whopper Detour”—a promotion that offered Whoppers for a single cent to anyone who ordered via the app, but did so within 600 feet of a McDonald’s. In a world where every brand is pushing an app and mobile ordering, BK smartly took advantage of the physical ubiquity of their competition (there are 2x the number of McDonald’s in the US vs Burger King locations) to drive 1.5MM app downloads.

Tactic takeaway: Is “competitive conquesting” a part of your media plan? 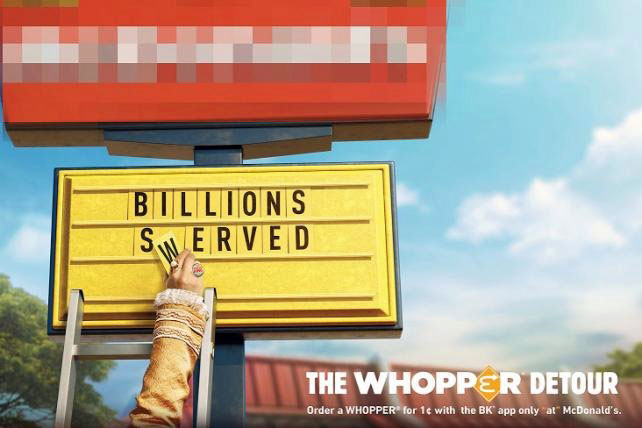 Riff on your competitor’s product
As a spin on McDonald’s Happy Meals, Burger King debuted “Real Meals”—including the Blue Meal, Salty Meal, Yaaas Meal, and DGAF (Don’t Give a F***) Meal. The campaign, which was created in partnership with Mental Health America, took aim at the iconic McDonald’s kid’s meal by featuring messages such as, “No one is happy all the time.” With its mental health tie-in and real-talk approach, Burger King captured the media and social conversation while also throwing some shade on the competition by making BK seem more in touch with customer realities.

Tactic takeaway: Is there something positive your brand can do that shines light on a competitor’s inadequacy? 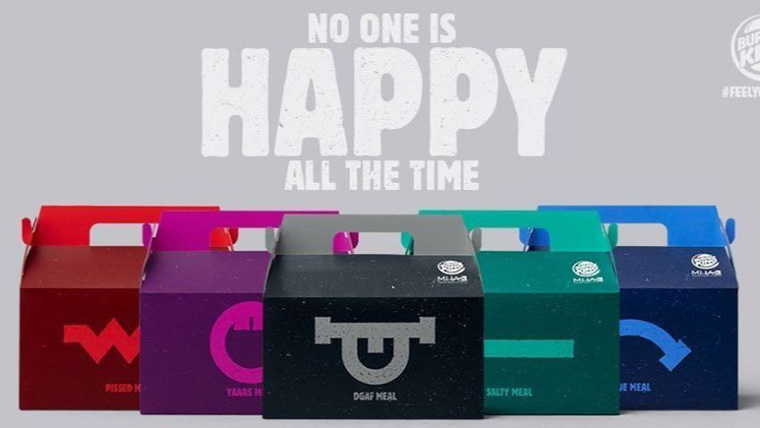 Turn brand loyalty on its head
The devotion of McDonald’s loyalists runs deep—so deep that some Big Mac lovers have the iconic burger tattooed on their bodies. When Burger King decided to directly compete with the Big Mac and introduce the King Burger—a near rip-off of McD’s centerpiece sandwich—they decided to use this extreme love to their own advantage.

BK tracked down these tattooed fans and flew them to Brazil to try the King Burger. After the successful taste test, they offered the customers the chance to have their Big Mac tattoos modified to be King Burgers by a celebrity tattoo artist—and all but one agreed to it! The whole story was caught on film and used in promotion of the King Burger, touting the “power” of the King Burger over even the toughest customers.

Tactic takeaway: How can you use switchers to tell your brand’s story and encourage others to make a change? 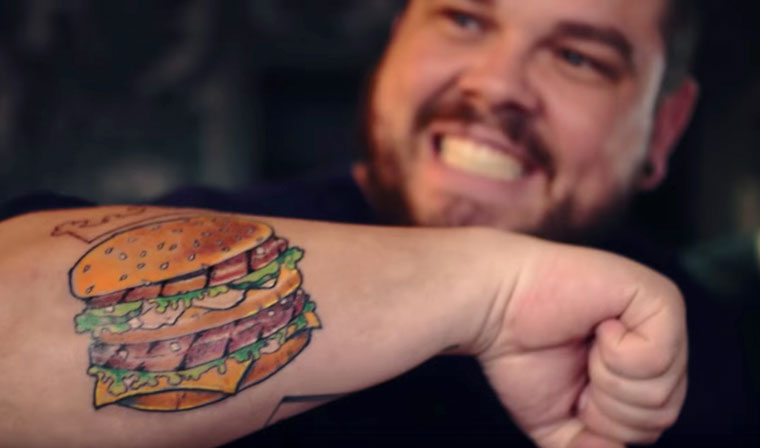 So the next time your brand is trying to compete with the market leader, turn the conversation on its head and think not “How can we beat them?” but “How can we leverage their strengths to propel our brand?”

And if it seems risky to go this route, just know that Burger King hears you. Here’s what head of brand marketing, Fernando Machado, said after Burger King was named 2017 Cannes Lions Marketer of the Year:

Get inspired by more of BK’s bold marketing moves here.